JEE Main is an All India Common Engineering entrance examination and from 2019, it is conducted by National Testing Agency (NTA), twice before admission in the next session.

First attempt of JEE (Main) will be held in January, whereas the second attempt will be held in April month of the respective year. The NTA scores of both the attempts and rank of Paper-1 of JEE (Main)–2019 for all candidates who appeared in first attempt as well as in second will be declared by 30th April, 2019. This shall comprise the four NTA scores obtained by the candidate in first attempt and four NTA scores obtained in second attempt along with the status of those who qualify for appearing in JEE (Advanced)–2019 provided and subject to other conditions of eligibility being met. The rank shall comprise All India rank and All India category rank.

The four NTA scores for each of the candidates in Paper-1 of JEE (Main)–2019 for the first attempt as well as for the second attempt will be merged for compilation of result and preparation of overall Merit List / Ranking. Those appeared in both the attempts; their best of the two NTA scores (total) will be considered for further processing.

JEE (Main) will be conducted in following mode: 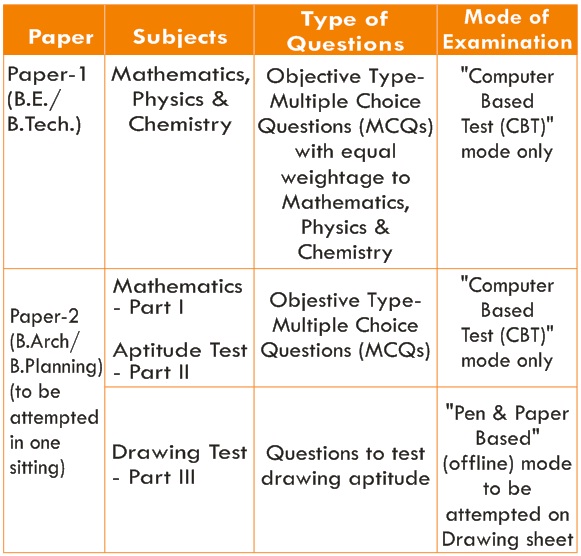 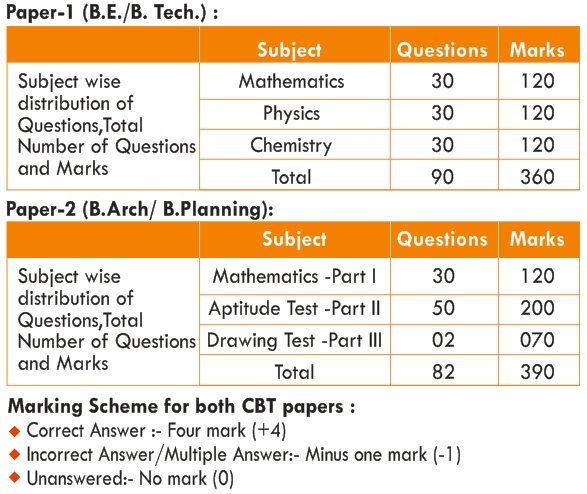 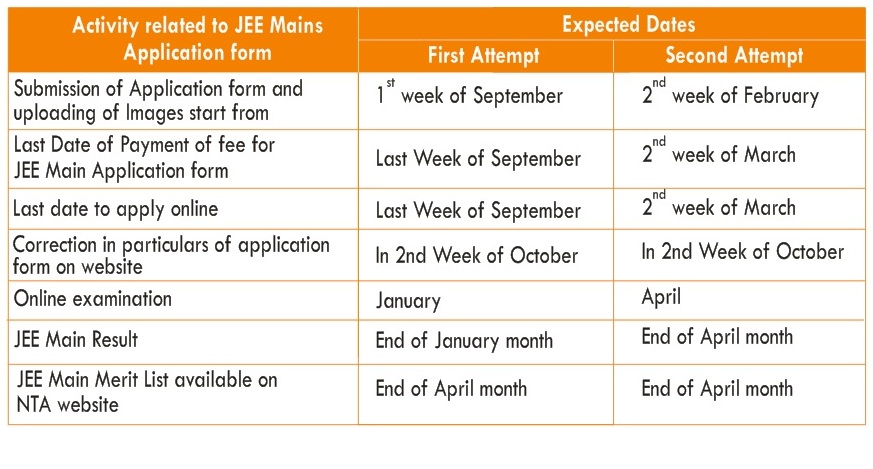 JEE (ADVANCED) The Joint Entrance Examination (Advanced) will be conducted by the IITs under the guidance of the Joint Admission Board (JAB). The performance of a candidate in this examination will form the basis for admission to the Bachelor’s, Integrated Master’s and Dual Degree programs (entry at the 10+2 level) in all the IITs. The decisions of the JAB will be final in all matters related to JEE (Advanced) and admission to IITs.

The examination consists of two papers, Paper 1 and Paper 2, each of three hours duration and will be held as per the following schedule:

Both the papers are compulsory. The exam will be held in fully computer-based test mode.

Exam pattern:- Consists of one paper comprising 150 M.C.Qs having 4 sections:-

Eligibility:- Must have age 21 years, Should have passed Class 12th

Exam pattern:- Consists of one paper comprising 150 ques. with exam duration of 2 hours 30 mins.
There will be negative marking of 1 mark for each incorrect answer.

VIT University:- formally called Vellore Engineering College is an Indian Institute of higher education and a Deemed university under Section 3 of the UGC Act.

The Vellore Institute of Technology Engineering Entrance Examination (VITEEE, pronounced as witty) is an annual engineering entrance examination conducted by VIT University all over India and abroad.

MIT University:- is a constituent institution of the Manipal University that specializes in the field of engineering and technology. MIT contains 16 academic departments and awards undergraduate, graduate and doctoral degrees. MIT is one of the first self – financed colleges in India. 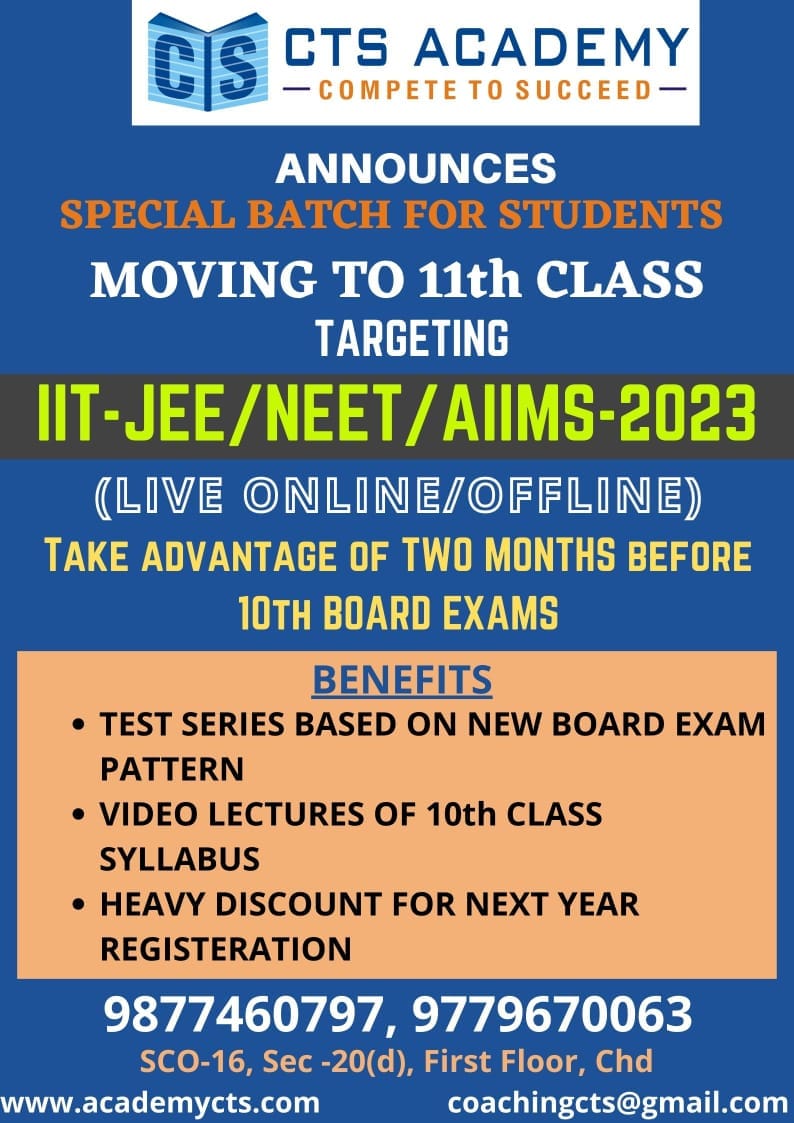